Louisiana has a reputation for being a conservative state, and that reputation is particularly accurate if social/lifestyle issues are involved. One of those “lifestyle issues” is liberalization of marijuana laws, and the extent to which voters want to relax those laws is an issue JMC has polled several times in Louisiana and once in Michigan (the Michigan poll can be found here).

In March, JMC was engaged by the Louisiana Association for Therapeutic Alternatives (LATA) to poll public opinion about marijuana legalization (and related issues). That poll (which can be found here) had three takeaways: Public opinion about marijuana usage continued to trend in the direction of less restrictions, (2) this strong support for relaxing marijuana laws is consistent across nearly every identifiable demographic group, and (3) major differences in opinion are primarily driven by the age of the respondent.

That third point is most important: despite popularly held wisdom, Republicans and/or Evangelicals support legalization as well – just by a somewhat less one-sided margin than Democrats do. More recently, JMC was engaged by Americans for Prosperity (AFP) to poll eight Republican held districts to see what their constituents thought about this issue (the district of the Republican Speaker Pro Tempore was polled as well). Those results are presented in summary format here. The most important takeaway is that despite the varying degrees of Republican affinity in these districts, support for liberalization of marijuana laws is uniformly strong in all nine districts. 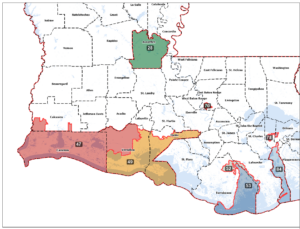