2020 Reapportionment impact: Overall, overall population growth statewide between 2010-2018 was 2.8% (and, assuming current trends hold, would be 3.4% by April of 2020 when the next Census is taken), but there have been considerable variations in the rate of growth (or population loss) from parish to parish, because you have the combination of (1) continuous suburban growth generally along the I-10 and 12 corridors, and (2) a continuing reversal of massive population losses seen in Orleans and Saint Bernard Parishes after the destruction caused by Hurricane Katrina in 2005.

What would those population changes look like if the maps for the state House were redrawn today ? JMC has taken the estimated July 1, 2018 population, projected that growth/loss ahead to 2020, and allocated that parish population across Louisiana’s approximately 3900 precincts to get an idea of where population shifts have occurred within its 105 House districts, and here’s what was found: 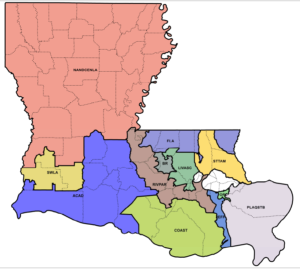 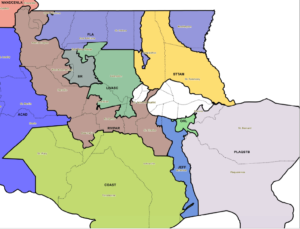 Given that House districts covering North/Central Louisiana are projected to lose 2% of their population by 2020, that area (which as a whole elects 29 House members out of 105) would likely see a 1-2 seat loss. In Orleans Parish/New Orleans (which currently elects 8 House members), continued (17%) population growth (although that growth flipped to a net population loss last year) would likely allow it to regain one of the seats it lost in 2010. In the fast growing (13% growth) suburbs of Ascension, Livingston, Tangipahoa, and St Tammany Parishes (which elect 14 representatives), a new seat is likely to be added there as well. There will be projected 2% population growth in the rest of the state (where 54 House members are elected), and minimal district line changes are therefore likely to happen, although it’s important to emphasize that nothing is final until the official April 1, 2020 Census count. Furthermore, internal legislative politics can and will play a large part in determining the specific seats that are added or eliminated.